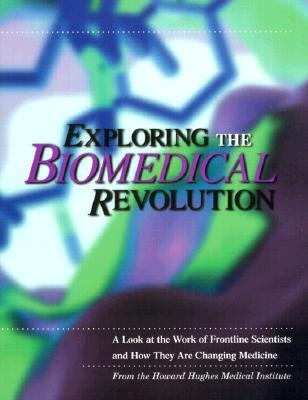 The twentieth century will be remembered as an era of great biomedical discoveries: the development of antibiotics and other lifesaving medications, new insights into the genetic code and the workings of the brain, refined techniques for cloning and organ transplantation. In 1953, when James Watson and Francis Crick identified the shape and composition of the DNA molecule, they transformed the science of genetics; today, with the aid of increasingly sophisticated computers and imaging devices, biomedical science continues to advance at a rapid pace. But many of these discoveries seem mysterious to members of the general public who have never heard of x-ray crystallography or are unfamiliar with the ways that genes and proteins direct the workings of the body. Now, from one of the world's most prestigious medical institutions, this clearly written and richly illustrated volume helps to unravel the mysteries, allowing general readers and students to explore biomedical research and to understand its impact on the fight against human disease.

In his introduction, Philip Leder describes a revolution that "rumbles through every area of biomedicine -- immunology, brain chemistry, parasitology, developmental biology -- granting an intimacy with nature's workings, at a deep, molecular level, once unimaginable." Different sections of the book explore different questions: What can the study of fruit flies or worms tell us about our own genetic makeup? How does a cell "decide" to become male or female? How do our eyes perceive color and movement? How does our immune system work to fight disease, and what happens when the system malfunctions?

"Exploring the Biomedical Revolution" tells the human stories behind the research. We see the scientists' excitement as they develop magnetic imagery to "spy" on the brain's activity. We see competition and cooperation among scientists who work to develop treatments for Lyme disease, sickle cell anemia, and AIDS. We see some creative problem-solving as one scientist inserts the gene for luciferase, a protein from fireflies, into a strain of tuberculosis -- thus producing lab samples that glow in the dark. Throughout, these stories also show the patients' perspective, detailing the symptoms of malaria or cystic fibrosis or showing how the treatment of hemophilia has changed over the years.

Written by leading science writers as a part of the Howard Hughes Medical Institute's public education mission, this inexpensive book stimulates our imagination with numerous illustrations -- a life-sized diagram of a human brain, a dramatically magnified picture of T-cells attacking a cancer cell, computer-generated depictions of the influenza virus. Several of the sections include fold-out charts, including a colorful yet disturbing montage of the different microbes that threaten our health, and a flow chart that shows how scientists work to battle genetic disease. And with the aid of a stereoscopic viewer (included), the book also provides some striking three-dimensional images -- the same computer-generated images that help scientists to understand complex biological structures.

- From Egg to Adult

- Seeing, Hearing, and Smelling the World

- Blood: Bearer of Life and Death

- The Race against Lethal Microbes

- Arousing the Fury of the Immune System