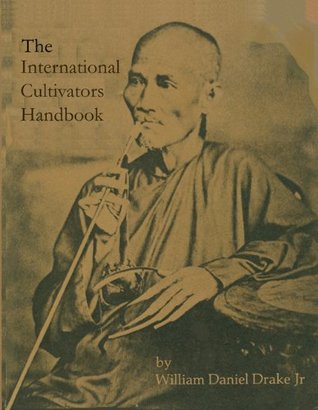 I wrote the first “International Cultivators Handbook” in the early 1970s after six years of traveling around the world in search of traditional techniques for the production of Cannabis, especially in the form of hashish. In those days I was focused strongly on Cannabis, having just written the “Cultivators Handbook of Marijuana” and the “Connoisseur’s Handbook of Marijuana”. However the more I traveled in South America, the Middle East, India and SE Asia the more intrigued I became with both Coca and Opium. In many of the places I was traveling taking pictures wasn’t greeted with smiles and poses – more precisely the sight of my camera got me into a number of pretty touchy situations – and in the course of several years I learned to carry only the cheapest camera, after having several of them smashed or confiscated. However I did manage to get a few good shots in most places and these rather grainy photographs, along with some archival graphics, brought the “International Cultivators Handbook” to life. My good friends at Wingbow Press, the publishing arm of Bookpeople, did a wonderful job of designing a handsome and graphically compelling book and over the years I’ve heard from quite a few very satisfied readers. “International Cultivators” went out of print in the late 1970s, and I went on to write other books believing that there was little more to say on the subject of traditional methods of cultivating and using these great medicinal plants.

But that was then and this is now. Generations have been born and grown up since the 1960s, and for many of these younger people the criminalized, commercialized versions of cannabis, coca and opium are all they’ve ever known. Over the years since the late 1960s I’ve watched, along with millions of other people, how the uber-fascist combination of bloated government agencies, giant corporate squids, and cruel narco-syndicates have taken these great gifts of the natural world – Cannabis, Coca and Opium – and turned them from blessings into curses. Their medicinal properties have been largely ignored, although of course opium compounds play a major role in medicine, and their status as illegal drugs has insured that people who want any of these plants for either health or recreation are effectively prevented from growing their own – although nothing could be easier.

This is not a "grow-book" - although a thorough read will give the reader all they need to know to grow any of these traditional medicinal plants using the methods perfected by indigenous peoples over many centuries. However, as I'm sure you know, growing any of these plants in the US and most other countries is a very dangerous thing to do, and I urge readers to exercise extreme caution if they choose to go down this road. So why write the book at all? Because I believe that when enough people realize that Coca, Opium and Cannabis are among the greatest gifts the natural world has to offer human beings, and that they have been systematically corrupted and marginalized by powerful forces seeking control not just over people's lives but over their destinies, a groundswell similar to that now breaking over the world in the form of Medical Marijuana will begin to grow with respect to Coca and Opium. There is absolutely no reason other than power and greed that people should not be allowed, even encouraged to grow their own natural medicines and stop being victims of the medical and pharmaceutical industries. It is my prayer that this little book will somehow help that day to come, and that's why I wrote it so many years ago and have made the effort to create this vastly updated and expanded second edition. I hope that you enjoy reading this book as much as I enjoyed writing it for you.