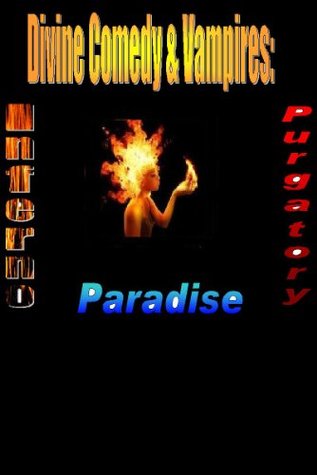 “Angel tell us about World War II, first— then about your mother and brother murdering everyone, then about Dante’s Divine Comedy.” (Olive was curious when she spoke looking wide-eyed at the vampire ghost Angel)…
They jumped into a taxi and it sped away into the dark rainy night. The streetlights stared down on the darkness revealing the teardrops of rain in the moonlight.
On this cold rainy night the streetlights washed pure puddles of pain and pity into the wet gutter. They could taste the bitter pain of defeat like poison on their tongues. They could feel the stabs of fear and pain in the depths of their stomach.
The two men were motivated by murder. They could see the streetlights casting shadows upon their misery. What lied ahead? The slender muscular men could smell the flame of lit cigars flare in their nostrils and hear the wind howl in the air.
Her butt made a loud smacking noise like rapid raindrops coming down each time she bounced down on his lap. Her thighs and butt cheeks smacked like a mouth full of food hungrily devoured by a starving animal in the wilderness of love and hate.
Her thick, tangled, black pubic hair was filled with rivers of cum. She continued her perpetual rubbing, pushing the juicy cum from her wet, saturated pussy lips. She rubbed in a hysterical, panic-stricken frenzy.
Lucy spontaneously made long licking motions down the entire shaft of John’s penis as if she was languishing in the sweet creamy taste of an ice cream cone.
As he sucked Lucy’s firm female skin hard enough to cave in his cheekbones, the sucking forced him to breath through his nostril. Soon he was panting like a thirsty tired runner evading the police.
I was kissing Johns quivering pink lips, focusing my mouth. He was forcing my tongue to explore the inside of his mouth while sucking his lips. My tongue and his tongue battle for supremacy in the cavernous void of his hot wet mouth.
God made the ass wild in the streets of desperation and desire lit like a fire. Then the circular motion became more prominent and dominated her sexual rhythm.
That same morning of wild black mares, and mayhem was made of madness. The misery and sadness would soon descend upon the innocent and the damned.
“Between pain and tears and between love and fear there is strength left before the fall of great men.” (The head priest stood before the audience with misty eyes.)
Some people hear the music of life and start dancing while others hear it and just sit there and ignore it. The music of life ceased being a choir of monks singing harmonious praises to God and began to be a barrage of bullets, bombs, and blasphemy.

Synopsis:
Sex, betrayal, blood, love, hate, murder, power struggle, coup, paranormal, good vs. evil, perseverance, war, love affair, spy thriller and mystery all combine with World War II, then Dante’s divine Comedy. Angel Damon is a vampire ghost who was murdered by her mother. Angel Damon was stabbed to death while trying to put an end to a string of drag queen murders that had plagued New York since 1946. Angel’s own mother, a cross-dressing priest, is a marijuana dealer, mass murderer and the mother of three, Angel, Raymond and Dante. Soon she teams up with her beloved son, Dante to kill celebrities: a skinny blonde teen actress and singer, an important politician’s sister to make her immortal. Angel’s mother seeks to bite her murder victims to make them all vampires and make them live forever and never truly die!

Short sex stories of Horror, the authors prefer to stay anonymous but were influenced by C.E. Sex, C.S. Looseass, and Christina A.