Road Rage: A Behind The Scenes Look Into The Everyday Life Of The Scottish Gypsies of Old Orchard Beach, Maine (Memoirs of a Gypsy Queen Book 4) 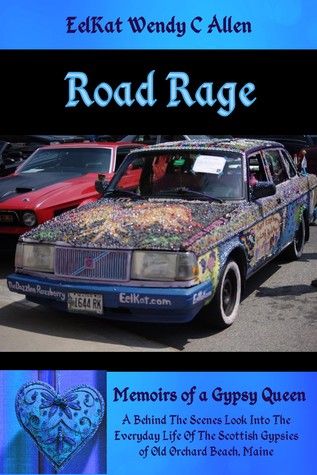 ROAD RAGE: A Behind The Scenes Look Into The Everyday Life Of The Scottish Gypsies of Old Orchard Beach, Maine

Road Rage: Part One - The Breakdown on High Street: While driving to my dad's house tonight, I witnessed an act of attempted vehicular manslaughter! A woman attempted to run down a little boy, because she was angry that a car was broken down in the road when she was later for work, and thought nothing of driving down front lawns to get where she wanted to go.

Road Rage: Part Two - The Excitement on Pike Street: A couple in the apartment across the road, start fighting and end up in a battle of car vs car.

Road Rage: Part Three - The Pedestrian Tourists on Saco Avenue: Driving through downtown Old Orchard Beach during tourists season, in a car with 2 million marbles glued to it, proves difficult as the crowds gather around the car and the drivers behind me, decide rather than wait for the crowds to pass, it's easier to just run over the pedestrians in the crosswalk.

This Edition contains all 3 parts of the story originally published as 3 separate shorts.

Memoirs of a Gypsy Queen - The Queen of the Scottish Gypsies of Old Orchard Beach, Maine, EelKat Wendy Christine Allen, recounts events from her life in quick first person "dear diary" style glimpses at the world around her and what life is REALLY like for the year round residents of Old Orchard Beach, Maine. This "minute fiction" short read series is written in the style of the short page pulp fiction stories found in between the pages of comic books published during the 1920s through 1960s.

~Many hugs & kisses From EelKat