Domestic Violence: How I Regret Turning My Back On A Victim Of Domestic Abuse (Abuse, Partner Abuse, Spousal Abuse, Dysfunctional Relationship, Violence in Society) 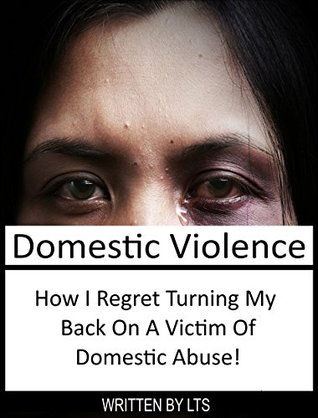 Many years ago, when I was living in the South Bronx, New York, I made a very immature decision. I chose not to take action, I did not help an obvious victim of domestic violence and as a result of that someone died. There is no doubt in my mind if I had intervened the outcome could’ve been much different.

But I chose to look the other way. I didn’t pass judgment when I saw the abuse first hand. I even made mental excuse for my friend at the time of the incident. He didn’t mean to punch her in the face. He probably had a bad day and was grumpy. I even blamed her for provoking him. But how could that be? She only asked him what he wanted to drink with his sandwich. I’m so ashamed of myself for thinking that way.

My only excuse is that I was merely a teenager during this time. And to my credit, I did end the friendship the moment I witnessed the victim fall unconsciously to the floor.

These were my next-door neighbors; they were my friends. In order to save one I would have to betray the other. That was my dilemma at the time. But the reality is there was no dilemma. I simply chose to look the other way.

Instead of acting accordingly, I made it easy on myself. I chose the easy route. I ignored what was more than obvious. My friend was an abusive husband. I could have stopped him by simply making an anonymous phone call to the police. It’s been close to twenty-five years now since this happened and I’m still ashamed. This is my story.

Please download this book today to learn my story. If you enjoy this book please leave me a review. I will greatly appreciate it. Thank You!