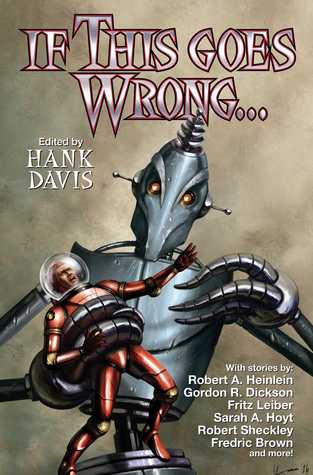 Science fiction tales, some humorous and some not-so-funny, about the downside of the future—and how to deal with a universe ruled by Murphy's Law! Includes stories by Robert A. Heinlein, Sarah A. Hoyt, Fritz Leiber, Gordon R. Dickson, Lester del Rey, Christopher Anvil, Fredric Brown, and more.

Progress! It’s wonderful—though it sometimes has unexpected and undesirable side effects. Read the long warning list of possible side effects on a medicine bottle’s label sometime . . . the part in really tiny print.

But surely the benefits of modern technology outweigh the drawbacks. Until they don’t. Remember how increasingly deadly weapons, from the machine gun to the H-bomb, were supposed to make war too horrific to even be contemplated? Didn’t happen. The cell phone has made it possible to phone from almost anywhere—too bad if you wanted to be out of reach. And civilization is so big and complicated, that a breakdown of any part can have disastrous consequences. Modern transportation makes it possible to get anywhere in a hurry, though traffic jams and overextended airports may slow the hurry part to a crawl. And it also can ensure that a new disease can go all over the planet in a few days. Then, there’s the sheer complexity of society itself, from interminable waits at the DMV to trying to get tech help on the phone (“Your call is important to us . . .”).

And that’s just the present day. What new technologies, new ways of organizing (or disorganizing) society, new confused and confusing government bureaucracies, new ways for small disgruntled groups to wreak havoc, and worse, will the future bring? Will privacy keep eroding? Could computers and robots take over? Maybe they wouldn’t want to. And if the pace of modern life is driving you batty, just wait to see what’s on the horizon.

Exploring such scary, yet fascinating, possibilities are such masters of science fiction as Robert A. Heinlein, Sarah A. Hoyt, Fritz Leiber, Gordon R. Dickson, Lester del Rey, Christopher Anvil, Fredric Brown, and more, writers who have seen the future—and it may not work . . .

“Moxon’s Master” by Ambrose Bierce, originally appeared in Can Such Things Be, © 1893, Cassell Publishing Company. The story is in the public domain.

“Whiskaboom” by Alan Arkin, originally appeared in Galaxy, August 1955, © 1955 Galaxy Publishing Co. The story is in the public domain.

“The Snowball Effect” by Katherine MacLean, originally appeared in Galaxy, September 1952. © 1952 by Galaxy Publishing Corp. Reprinted by permission of the author and the author’s agents, the Virginia Kidd Agency.

“Well Worth the Money” by Jody Lynn Nye, originally appeared in Don’t Forget Your Spacesuit, Dear, Baen, 1996. © 1996 by Jody Lynn Nye. Reprinted with the permission of the author.

“A Subway Named Mobius” by A. J. Deutsch, originally appeared in Astounding Science-Fiction, December, 1950. © 1950, Street & Smith Publishing. The story is in the public domain.

“Manners of the Age” by H. B. Fyfe, originally appeared in Galaxy, March 1952. © 1952 by Galaxy Publishing Corporation. The story is in the public domain.

“The Dwindling Sphere” by Richard E. Hawkins, originally appeared in Astounding Science-Fiction, March 1940, © Street & Smith Publications. The story is in the public domain.

“The Creature from Cleveland Depths” by Fritz Leiber, originally appeared in Galaxy, December 1962, © 1962, Galaxy Publishing Corp. Reprinted with the permission of Richard Meredith Associates for the author’s estate.

Time Fuze” by Randall Garrett, originally appeared in If: Worlds of Science Fiction, March 1954. © 1954 by Quinn Publications, Inc.. The story is in the public domain.

“—And He Built a Crooked House” by Robert A. Heinlein, originally appeared in Astounding Science-Fiction, February 1940, © 1941 by Street & Smith Publications. Reprinted with the permission of the Robert A. and Virginia Heinlein Prize Trust, and the Spectrum Literary Agency. 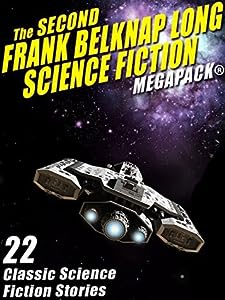 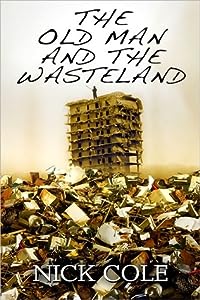 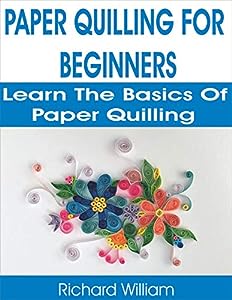 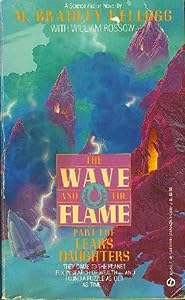 The Wave and the Flame (Lear's Daughters, #1)

By Marjorie B. Kellogg
Récemment Consulté