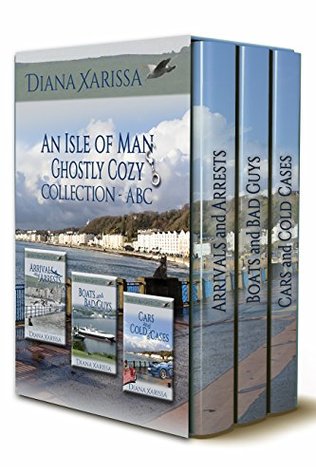 Together in one collection - the first three books in the Isle of Man Ghostly Cozy Series.

Fenella Woods has only met a few people during the twenty-four hours she's been in Douglas, the capital city of the Isle of Man. She's shocked when she discovers one of them dead in an alley behind her apartment building.

Struggling to adapt to her new life in a foreign country seems easy compared to coping with finding herself in the middle of a murder investigation.

Nearly fifty and newly single, Fenella meets a handsome police inspector, a dashing new neighbor, and a sophisticated businessman, all of whom have her questioning her determination to remain unattached.

Having a ghost for a roommate and a kitten as an uninvited houseguest has her questioning her decision to start a new life on the small island in the Irish Sea after all.

Fenella Woods is excited to be taking the ferry across the Irish Sea to England so that she can begin her research. When she finds a dead body in her cabin, she has to change her plans.

The police seem convinced that the killer is one of the other passengers who had a cabin reserved for the journey. Fenella meets a group of suspects that includes a wealthy couple, an older man and his much younger wife, and a retired and incredibly nosy woman.

Finding herself caught up in the middle of another murder investigation isn’t pleasant for Fenella. This time Fenella is determined not to take any advice from her dead aunt who continues to occupy the luxury apartment that used to be her home. Her kitten, Katie, isn’t much help either, as she seems determined to cause as much mischief as she possibly can.

While Fenella wants to help Inspector Robinson find the killer before he or she strikes again, things certainly aren't going the way she'd expected when she started her new life on the Isle of Man.

Her friendship with CID Inspector Daniel Robinson is less stressful. He’s going through some cold cases and he asks her to share her thoughts. Daniel seems to think that she’ll have a different perspective on the investigations because she doesn’t know any of the people involved. He’s surprised to find that the first case he mentions, a missing person from thirty years earlier, involves Fenella’s new driving instructor.

Fenella’s aunt Mona, who is either a ghost or a figment of Fenella’s imagination, has her own ideas about both the missing person and an unconnected thirty-year-old murder investigation that Daniel is also reopening. And of course, she’s eager for Fenella to get involved in both cases.

Fenella isn’t sure she’s ready to try to deal with driving lessons, two cold cases, one nosy aunt, a kitten who needs surgery, and three different men who all appeal to her in very different ways. She knew her life was going to change when she moved to the Isle of Man, but she wasn’t anticipating quite this much excitement. 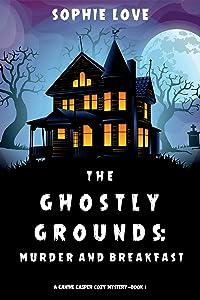 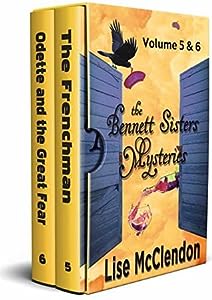 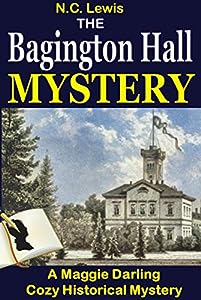 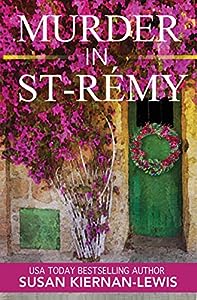