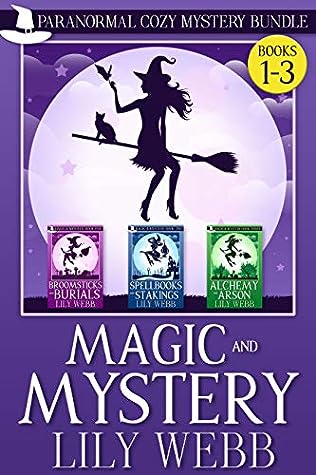 Welcome to Moon Grove, where magic and murder are in the air!

When broke, desperate reporter Zoe Clarke takes a job in a tiny town to reboot her life, she discovers her new home is overflowing with magic, supernatural beings — and paranormal mysteries!

Broomsticks and Burials
Spellbooks and Stakings
Alchemy and Arson

Reporter Zoe Clarke's life has lost its magic. So when she gets a job offer in the middle of nowhere, Zoe jumps at the chance to make a name for herself only to find her new home is teeming with magic and paranormal beings—and those aren't its only secrets.

During a heated election for Head Witch, the most powerful position in town, Zoe’s predecessor was buried alive—and accusations are flying faster than broomsticks. Despite her editor’s orders to leave the story alone, Zoe can’t resist.

From the front-running witch with a secret to the mysterious vampires pulling strings in the shadows, Zoe knows the truth is just under the surface. So after she discovers she has rare telepathic abilities, Zoe realizes she's the only one who can keep digging.

Will Zoe’s powers lead her to the murderer and the scoop of a lifetime? Or will they send her to an early grave?

Zoe Clarke is going back to school. After learning she’s telepathic and risking her life to solve a paranormal murder, she’s been invited to the prestigious Veilside Academy of Magic to sharpen her newfound powers.

But not all the students are spellbound by Zoe, and it isn’t long before she realizes the Academy is brimming with exceptional witches and warlocks—who are as cutthroat as they are talented.

So when Zoe’s new favorite vampire professor is found in a pile of ash, all spell breaks loose.

Between troublemaking witches and a jealous staff, Zoe knows whoever the murderer is, they aren’t finished handing out suspensions.

Can Zoe work her magic to reveal the killer? Or will she fail the ultimate test?

But her newfound attention isn’t all magic. Zoe knows she’s made enemies along the way and that they aren’t above pouring gas on her troubles.

So when one of Moon Grove’s most prominent witches dies in an inexplicable house fire, hysteria ignites—and Zoe finds herself standing in the ashes.

From the psychedelic new alchemist in town to the werewolves running shady businesses, Zoe’s certain someone’s trying to torch her reputation. And when another building spontaneously combusts, Zoe knows she’ll have to walk through fire and brimstone to stop the arsonist.

Can Zoe stamp out the killer before they strike again? Or will she go up in flames?

Other Books in the Magic & Mystery Series: 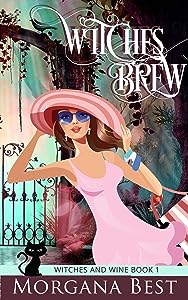 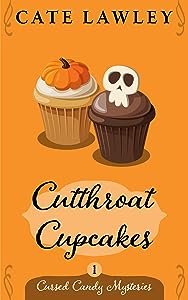 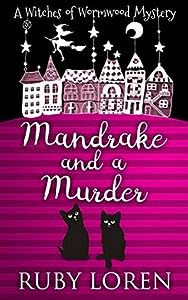 Mandrake and a Murder (The Witches of Wormwood Mysteries #1) 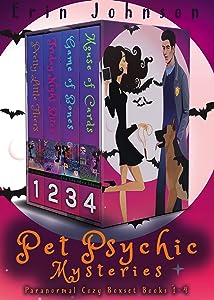