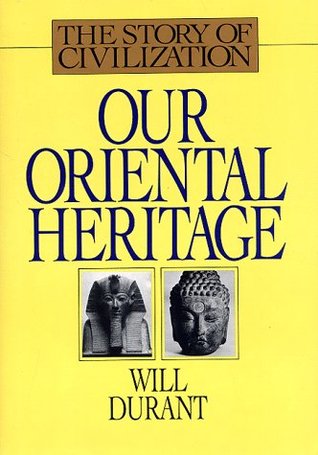 This is the classic reference on world history, recognized as the most comprehensive general history ever written, the result of four decades of work by Will and Ariel Durant -- a set that The New York Times called "a splendid, broad panorama of hereditary culture in words and images that the layman can fully understand." This series began as an effort to write a history on the nineteenth century, an undertaking that Will Durant realized could only be understood in terms of what had come before. So the Durants embarked on an encyclopedic survey of all civilization, ancient and modern, Occidental and Oriental.

Our Oriental Heritage (Volume 1): Will Durant opens his massive survey of civilized history with a sweeping look at the Orient: the Egyptians, who perfected monumental architecture, medicine and mummification; the Babylonians, who developed astronomy and physics; the Judeans, who preserved their culture in the immortal books of the Old Testament; and the Persians, who ruled the largest empire in recorded history before Rome.

The Life of Greece (Volume 2): Will Durant's survey of ancient Greece shows us the origins of democracy and the political legacy to the Western world; the golden age of Athens, its architecture, poetry, drama, sculpture and Olympic contests; the blossoming of philosophical thought amid a society still rooted in slavery and barbarism; and the mysterious lost island of Crete, land of the Minotaur and the Labyrinth.

Caesar and Christ (Volume 3): Spanning a millenium in Roman history, the third volume in the Durants' series shows us a world-conquering Roman army, undefeated, unafraid and...vegeterian; Hannibal, who transported an army of elephants over the Alps to invade Rome; Julius Caesar, who brought Western Europe under Roman rule; the life and Passion of Christ; and the struggle of the rising church.

The Age of Faith (Volume 4): Over 1,000 years, we meet the Christian ascetics and martyrs, including Simeon Stylites, who sat atop a pillar for 30 years, exposed to rain, sun, and snow, and rejoiced as worms ate his rotting flesh; the saints, including Augustine, the most influential philosopher of his age; Mohammed, the desert merchant who founded a religion that conquered one-third of the known world in two centuries; and the Italian poet Dante, whose sensibility marks the transition to the Renaissance.

The Renaissance (Volume 5): In this volume, Will Durant examines the economic seeds -- the growth of industry, the rise of banking families, the conflicts of labor and capital -- for Italy's emergence as the first nation to feel the awakening of the modern mind. He follows the cultural flowering from Florence to Milan to Verona and eventually to Rome, allowing us to witness a colorful pageant of princes, queens, poets, painters, sculptors and architects. We see humanity moved boldly from a finite world to an infinite one.

The Reformation (Volume 6): In Europe's tumultuous emergence from the Middle Ages, we encounter two rival popes fighting for control of a corrupt, cynical church; the Hundred Years' War and 13-year-old warrior Joan of Arc; Christopher Columbus' accidental discovery of the New World; and Martin Luther, who defied the pope and ultimately led Northern Europe into the age of individualism.

The Age of Reason Begins (Volume 7): In one of Europe's most turbulent centuries, Philip II of Spain sees his "invincible" armada suffer defeat at the hands of England; Elizabeth I of England receives assistance from explorer Walter Raleigh and pirate Francis Drake; and new appeals for reason and science are exemplified in the ideas of Copernicus, Galileo and Descartes.

The Age of Louis XIV (Volume 8): This installment is the biography of a period some consider the apex of modern European civilization. "Some centuries hence," Frederick the Great predicted to Voltaire, "they will translate the good authors of the time of Louis XIV as we translate those of the age of Pericles or Augustus." Those authors are lovingly treated here: Pascal and Fenelon, Racine and Boileau, Mme. de Sevigne and Mme. de La Fayette, and, above all, the philosopher-dramatist Moliere, exposing the vices and hypocrisies of the age.

The Age of Voltaire (Volume 9): A biography of a great man and the period he embodied. We witness Voltaire's satiric work in the salons and the theater as well as his banishment to England. With him we view the complex relationships between nobility, clergy, bourgeoisie and peasantry in the France of Louis XV. We explore the music of Bach and the struggle between Frederick the Great and Maria Theresa of Austria. And finally we hear an imaginary discussion between Voltaire and Pope Benedict XIV on the significance and value of religion.

Rousseau and Revolution (Volume 10): This volume ranges over a Europe in ferment, but centers on the passionate rebel-philosopher Jean-Jacques Rousseau, who contended with Voltaire for the mind of Europe. Rousseau condemned civilization as a disease, glorified the noble savage, proclaimed to the world with equal intensity his own love affairs and the natural rights of man, and became the patron saint of the French Revolution and social upheavals across the globe for two centuries.

The Age of Napoleon (Volume 11): The final volume. Napoleon is the archetypical hero, whose restless, ambitious, and intelligent mind dominated his age and has never ceased to fascinate the world he helped fashion. Yet even Bonaparte is dwarfed by the age that took his name. For, the Durants have re-created the life, the history, the arts, the science, the politics, the philosophy, the manners and the morality, the very spirit of the turbulent epoch that began with the French Revolution, ended with the fall of the emperor and ushered in the modern world. 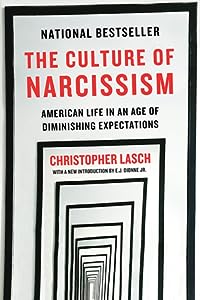 The Culture of Narcissism: American Life in An Age of Diminishing Expectations 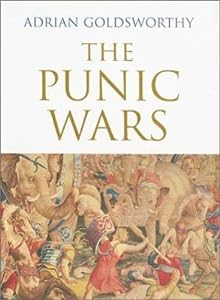 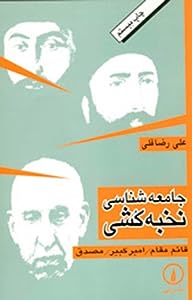 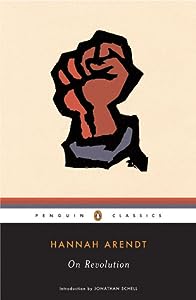