Darwin. Gladstone. Disraeli. Dickens. Meet the pioneering, paradoxical Britons of the reign of Queen Victoria (1837-1901). Through peaceful and gradual change they built one of the world's first industrial democracies—in a class-bound society with a powerful landed aristocracy and a negative view of business. They gloried in a globe-spanning and relatively humanely run empire—even as it distracted them from underlying economic weaknesses that presaged Britain's 20th-century decline. They were also intensely sentimental—yet ignored extreme squalor and hardship in their midst.Consider these other apparent contradictions:

They became history's first campaigners against slavery and pursued a host of reformist, often religiously inspired causes with zeal and vision—yet tolerated child labor and the Opium War.

They were quick to exploit new technologies, including the steam engine, cast-iron construction, and gas lighting—yet lost their economic leadership to Germany and America.

The Victorians created the cityscape of modern Britain—visible today except for what was destroyed by bombing in World War II—while consciously trying to re-create earlier styles.

They faced rapid and sweeping scientific, historical, and technological shifts—yet avoided massive upheavals that tore at other European and Atlantic societies in their day.

And in their trademark style, the Victorians even reformed cricket, turning it from a riotous diversion for hard drinkers and gamblers into a byword for flannel-clad decency and goodhearted fair play that crossed class lines and brought together the best features of democracy and aristocracy.

This course is a chronological journey into the Victorian story with all its strengths and foibles and invites you to reflect on its lessons both positive and negative.

You move from the unexpected ascension to the throne of teenaged Princess Victoria in 1837 to her death in 1901 as the Boer War neared its end.

You learn about the lives of Victorian women; the situation facing working people and the rise of trade unionism; Victorian achievements in art, literature, architecture, and music; and what Leonard Woolf called "the seriousness of games" and of leisure-time activities as windows on Victorian life.

You discuss the important role played by Christianity as a force for both principled adherence to tradition and principled pursuit of change; and the influence of science and the debates over its impact that animated the Victorians.

You learn what the Victorians believed about education; the questions raised by Britain's rule over its Empire, the problems of poverty and crime; the discoveries of Victorian explorers in Africa; and more.

All in all, you will find it a remarkable tour of a remarkable age. And one of the highlights of it, as Professor Patrick N. Allitt explains, is something that never happened.

The Dog That Did Not Bark

Arthur Conan Doyle's stories about Sherlock Holmes are among the best-loved literary legacies from the Victorian age. In one of them, "Silver Blaze" (first published in London's Strand magazine in December 1892), a crucial piece of evidence is something that did not happen—what Holmes calls "the curious incident" of the dog that did not bark.

In Britain there was nothing like the French Revolution, the revolutions of 1848, the Paris Commune, the Italian and German wars of unification, or the American Civil War.

Understanding how the British and their institutions managed peacefully to accommodate and manage the currents of change is one of the main themes in this course.

And the change was vast. With the culmination of the Industrial Revolution, Britain had gone decisively from being a mostly rural and agricultural society to being a land of large industrial cities.

Much of the credit, Professor Allitt argues, goes to able leaders.

"The first was Victoria herself," he says, "who came to the throne at a time when the monarchy was at a low ebb thanks to the foibles and derelictions of her predecessors. Her example of probity and assurance helped make the monarchy a symbol of stability and national unity that served Britain well. Therefore, the age deserves to be named after her for more than accidental reasons."

But above all were the two great prime ministers, the Liberal William Gladstone (1809-1898) and the Conservative Benjamin Disraeli (1804-1881). Between them they dominated the political landscape and played crucial roles in helping Britain absorb and creatively adapt to the massive changes wrought by the Industrial Revolution and the rise of democracy.

Each in his own way was a remarkable character, and their clashes and collaborations (whether overt or tacit) are justifiably the stuff of legend.

Victorian Britain was the first society to:

British engineers and architects were the first to build with cast iron and plate glass, creating such magnificent structures as Scotland's Firth of Forth railroad bridge (still standing) and London's Crystal Palace.

A Chorus of Victorian Voices

One of the joys—and for professional historians, challenges—of studying Victorian history is the sheer wealth of sources. It was a literate age, and one of the first societies in which statistics were systematically collected, analyzed, and reported on.

Queen Victoria herself was a faithful diarist and kept up a huge and lively correspondence. Among the highlights quoted in these lectures are the 21-year-old queen's excited and warmly amorous impressions of her husband-to-be Prince Albert, her contrasting thoughts about Gladstone and Disraeli, and her touching and revealing letter of condolence to Mary Todd Lincoln, written only a few years after Victoria herself had been suddenly and tragically widowed—and from which she never recovered.

A Wealth of Information from a Well-Documented Era

Disraeli's tart opinion of Gladstone, as well as a letter of Disraeli's to the queen that stands as a minor masterpiece of artful flattery (no wonder she liked him best)

Gladstone's explanation of why he, as a devout Christian, favored the controversial step of seating an atheist member of Parliament

recollections of affairs by the unknown author of My Secret Life, an 11-volume memoir of one middle-class man's travels through the sexual underworld

a Lancashire housemaid's remembrance of what Christmas was like for servants

The End of an Era

When Queen Victoria died in 1901, she left behind a nation indelibly marked by the Victorian legacy, for good and for ill. 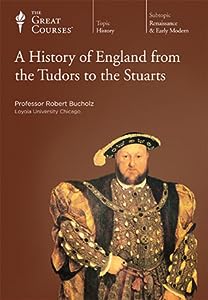 A History of England from the Tudors to the Stuarts 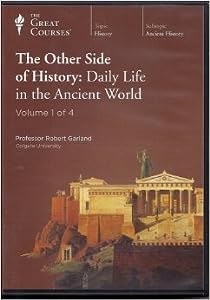 The Other Side of History : Daily Life in the Ancient World 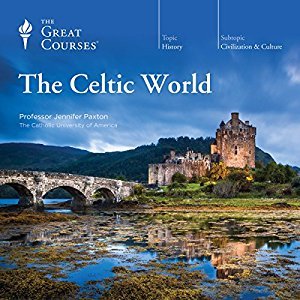 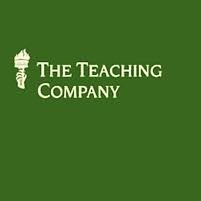