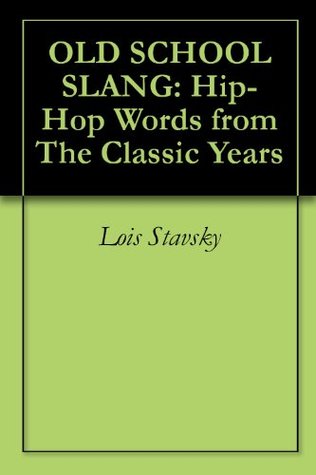 (Published in 1995 by Boulevard Books (Berkely/Putnam) as
A 2 Z: THE BOOK OF RAP AND HIP-HOP SLANG.
Out of print for 15 years.
by Lois Stavsky, I.E. Mozeson, and Dani Reyes Mozeson)

The book has a 5-star review on Amazon, and was featured in a Hollywood movie about a an undercover 5-O (cop) trying to pass for a B-boy.

Highlights: With over a thousand rap terms defined and demonstrated in a sample phrasing, the DICT. OF RAP & HIP-HOP SLANG was, in its day, the most complete treatment ever of the hip-hop terms found in rap music and on the streets. With all the regional words from East to West Coast, even the professional rapper will join the rap fans and wannabees, the confused and the curious, who find this new reference to be exciting and essential. An introduction, thesaurus, bibliography and discography supplement the dictionary.
from the Introduction:

Hip-Hop is the inner city street culture of the post-soul era. Hip-Hop dresses loose, dances hard, sprays the walls with wild style graffiti and rocks the clubs with rap music. It is this generation's major youth revolution, civil rights movement, and streetwise Woodstock. Chuck D calls rap the CNN of Black America, and rap language, dominated by the gerunds of now, resonates with the tense present.

The credo of American poetry and culture is to "make it new," and the poetry of Rap is innovative oral poetry with ancient roots in African storytelling. To a background of pounding bass and disturbingly contemporary scratches and whistles, the witty, hyperbolic, sarcastic, naughty, defiant, boastful, uplifting and celebratory words of Rap are "in your face" from the streets. Media soundbites concentrate on Rap's "gangsta" lawlessness and misogyny, yet even the hardcore groups with this bad rap, such as Ice T and Niggaz With Attitude (NWA), often use their rhyming word weapons to promote brotherhood, perseverance and peace.