Ruby Ridge and Waco: The History and Legacy of the Federal Government’s Notorious Sieges of the Weaver Family and Branch Davidians 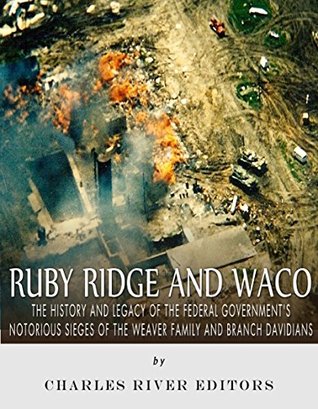 In the summer of 1992, federal agents surrounded a few acres of land isolated in Ruby Ridge, Idaho, where Randy Weaver, his wife Vicki, his 14 year old son Samuel, and his three young daughters were staying. Weaver was a former Green Beret who had come to the attention of the ATF and other federal agencies for a number of reasons, including associations with white supremacist groups and the possession of illegal shotguns. After being arrested and released on bail in 1991, Weaver failed to appear in court when necessary and was thus treated as a fugitive, bringing in the involvement of U.S. Marshals. For the rest of that year, attempts to bring in Weaver were rebuffed, and Weaver threatened to shoot anyone who came to his cabin to bring him in.

Federal agents from the U.S. Marshal Service and FBI surrounded the area on August 21 and wound up engaging in a firefight that ended in the deaths of 14 year old Samuel, one of the family dogs, and Marshal Bill Degan, who was shot by Weaver’s friend Kevin Harris. On August 22, the federal agents were given new rules of engagement that were much more lax when it came to authorizing the use of deadly force. Instead of using the standard FBI policy that authorized deadly force to prevent suffering grievous harm as a method of self-defense, the agents, including snipers, were given the green light to shoot Randy and Kevin Harris if they were carrying weapons, regardless of whether they were actually targeting the federal agents. They were also authorized to shoot any adult after they surrendered if they were carrying a weapon. Before negotiators could even reach the scene on the 22nd, an FBI sniper shot Randy in the back as he headed towards the shed where his son’s body lay. As Randy, his 16 year old daughter Sara, and Harris headed back for cover in the cabin, the same sniper fired a shot at Harris’ chest, which wounded him but also struck and killed Vicki, who was standing behind the cabin door holding her 10 month old daughter.

The Branch Davidians were an obscure religious sect located in Texas, but members of the group led by David Koresh in Waco, Texas stockpiled enough weaponry to catch the attention of the federal government. The U.S. Bureau of Alcohol, Tobacco, Firearms and Explosives (ATF) ultimately decided to serve arrest and search warrants at the compound for the possession of illegal weapons, even though they fully expected it would require a raid that could potentially turn fatal.

The ATF hoped to use the element of surprise when it commenced the raid on February 28, but the Branch Davidians were ready for them, which led to an intense firefight between the two sides that resulted in the deaths of 4 ATF agents and a number of Branch Davidians. With that, the FBI got involved, and federal agents settled in for a standoff that would last about 50 days, trying everything from negotiating to using sleep deprivation tactics to coerce the Branch Davidians into ending the confrontation. Finally, on April 19, government agents breached the compound’s walls and tried to use gas to flush the Branch Davidians out peacefully, but a series of fires broke out and quickly spread, killing the vast majority of the occupants inside, including many young children. Naturally, controversy spread over how the siege ended; for example, while most believe the Branch Davidians intentionally started the fires as part of a mass suicide, others insist it was the fault of the ATF.

In addition to influencing how the government approached potential future conflicts with other groups, Waco’s most important legacy was that it enraged people who already had an anti-government bent. 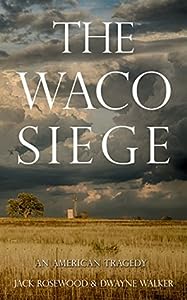 The Waco Siege: An American Tragedy 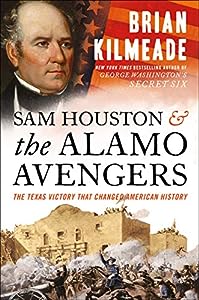 Sam Houston and the Alamo Avengers: The Texas Victory That Changed American History 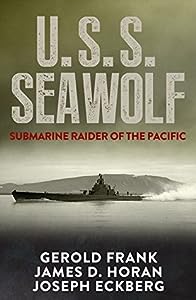 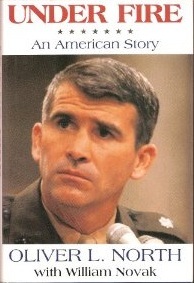 Under Fire: An American Story - The Explosive Autobiography of Oliver North